VU4APR-VU4NRO DXpedition to Andaman and Nicobar Is, 1987 Print

In February/March 1987, the NIAR mounted a DXpedition to Andaman & Nicobar Islands.

VU4NRO was QRV from Nicobar Island, with one station.

Operators signed VU4APR/own suffix or VU4NRO/own suffix, and a generic QSL was used.

A four-page flyer was published by NIAR. which states the DXpedition dates as 20th February to 31st March.

The flyer is reproduced below (thanks G4UZN): 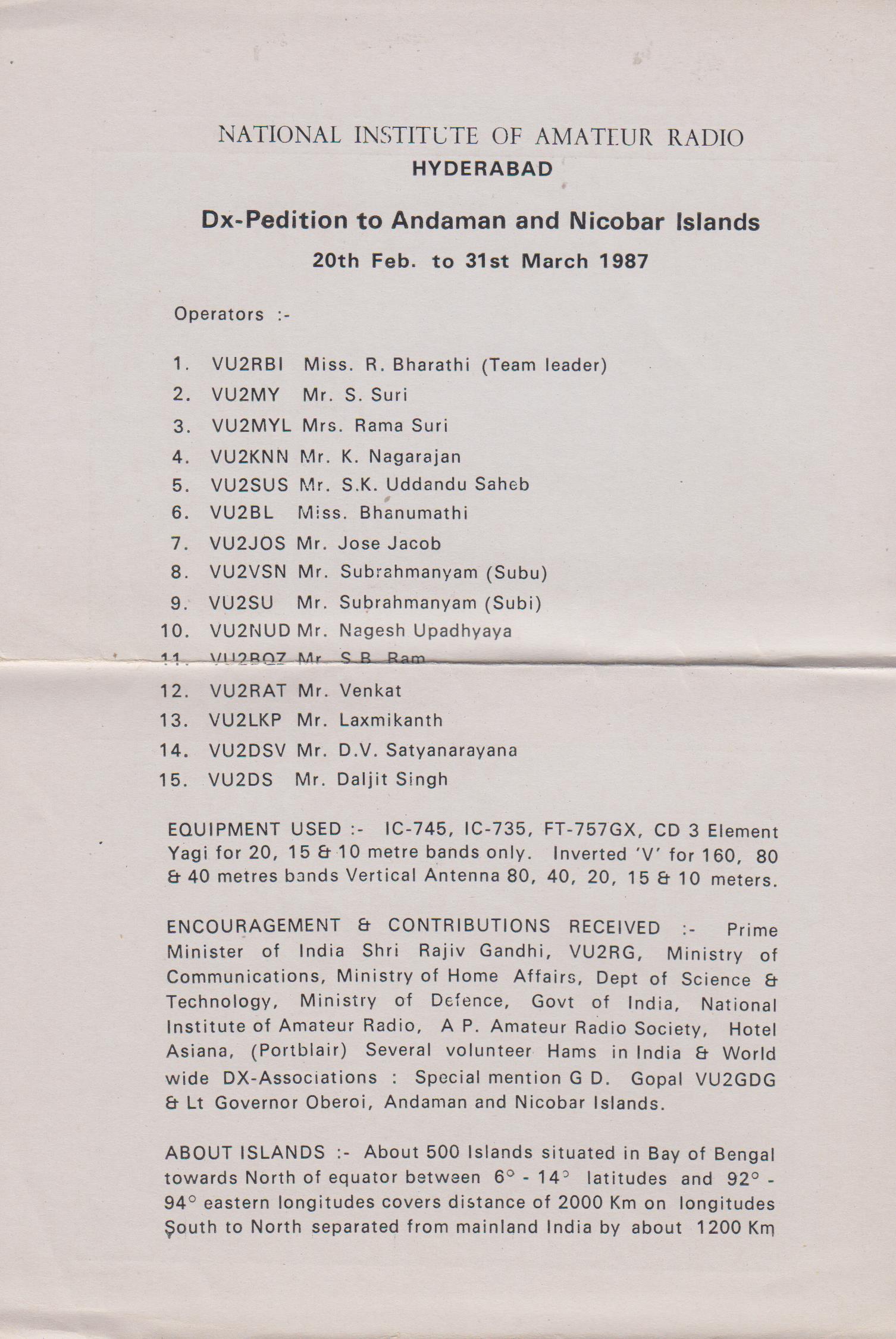 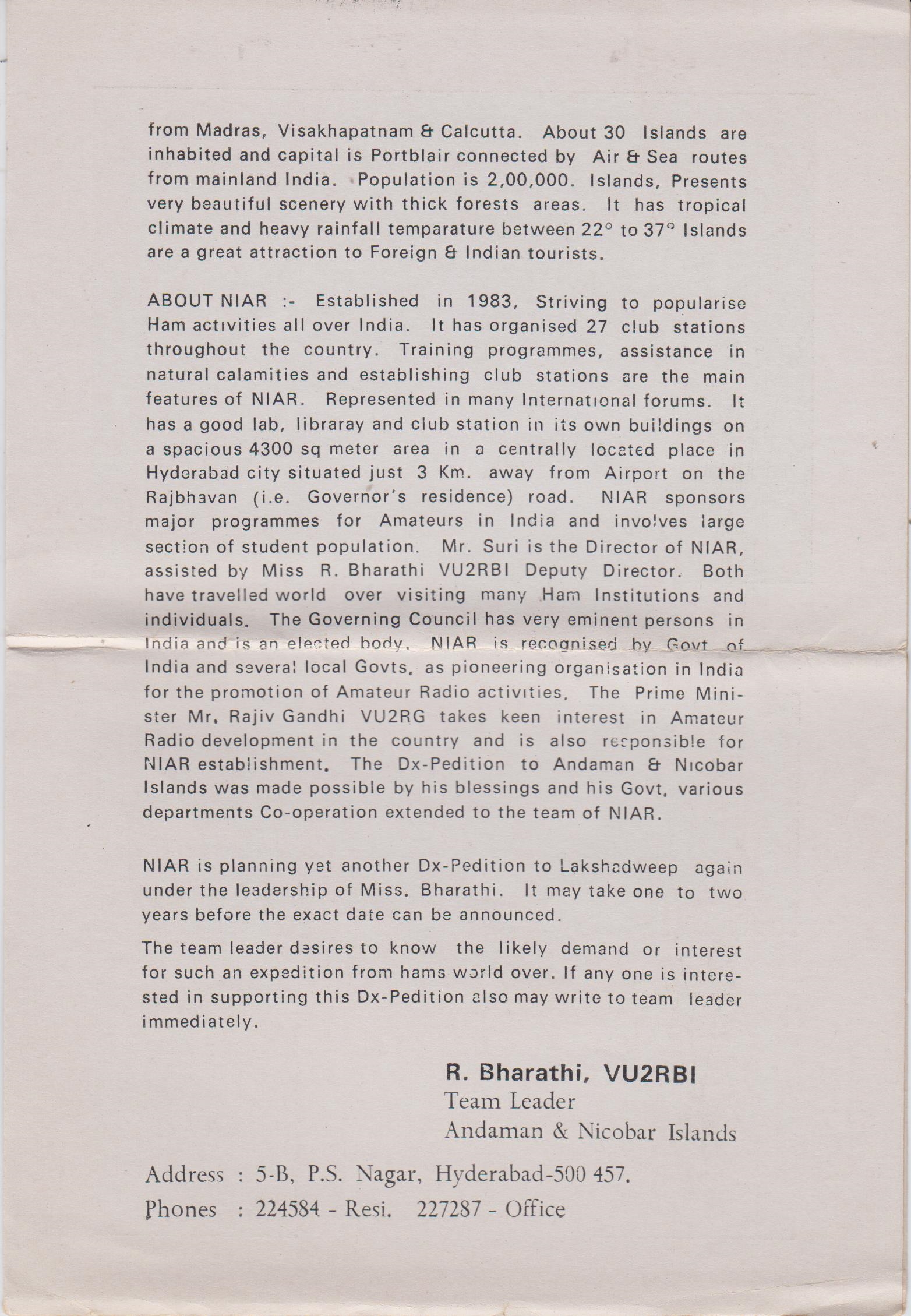 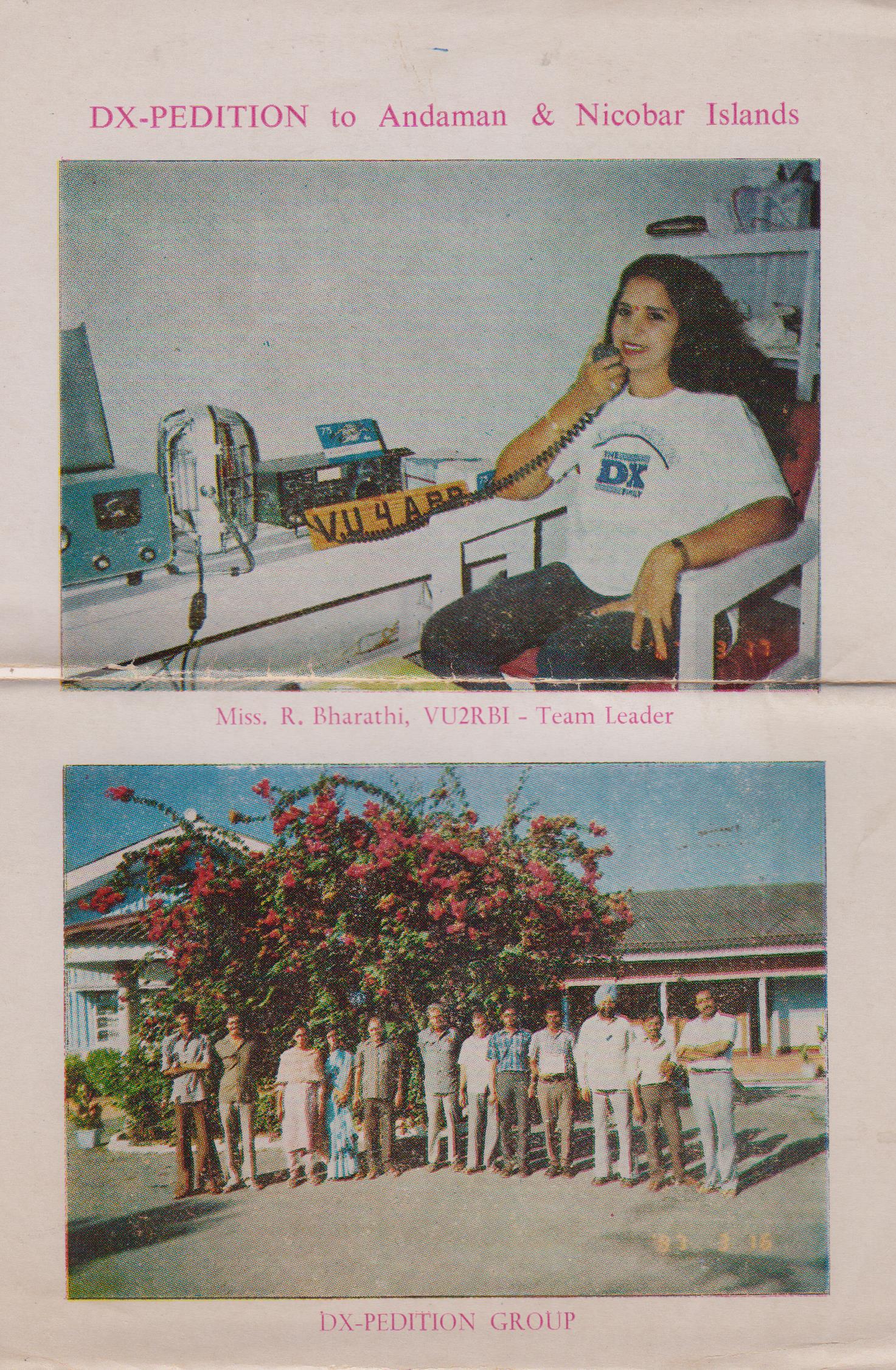 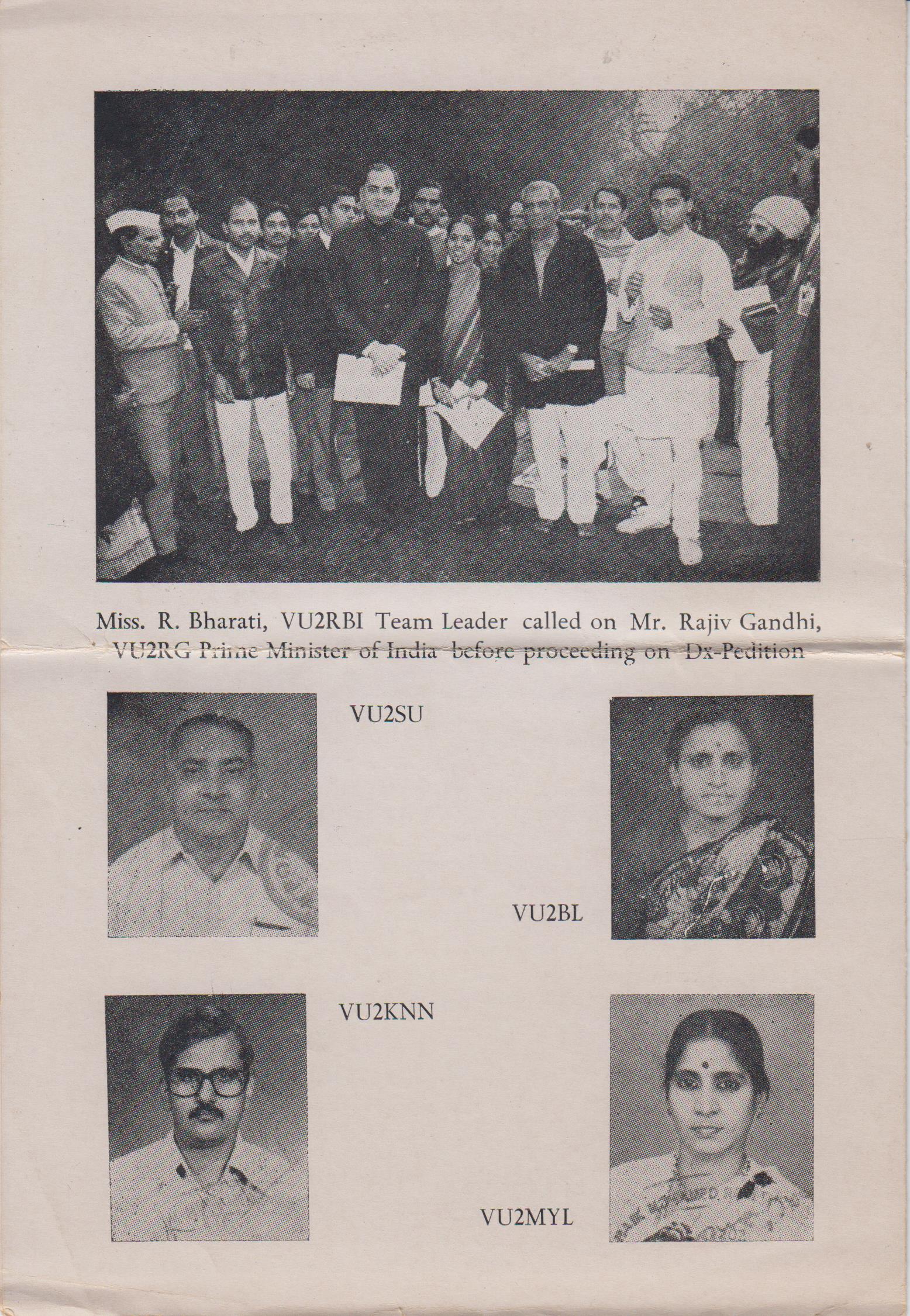