The following 2-page letter, dated 09 January, 1946, describes the  procedure to be followed by those military personnel of British and United States Armed Forces who wished to become licensed for amateur radio operation. These callsigns were used by personnel of the Allied Central Mediterranean Forces in 1946 and 1947 and  were of the form XA followed by two additional letters.

This copy of the letter is from the estate  of Sergeant John H. Stace, G3CCH (SK) who also held the callsigns XAFD and MB9AM. He was based at RAF Klagenfurt, Austria. The letter was retrieved from the home of G3CCH by G4NEG, and the image was provided by G3RAU,

It is interesting to note that these stations were authorised for operation on 40m, 20m, 10m and 5m only. 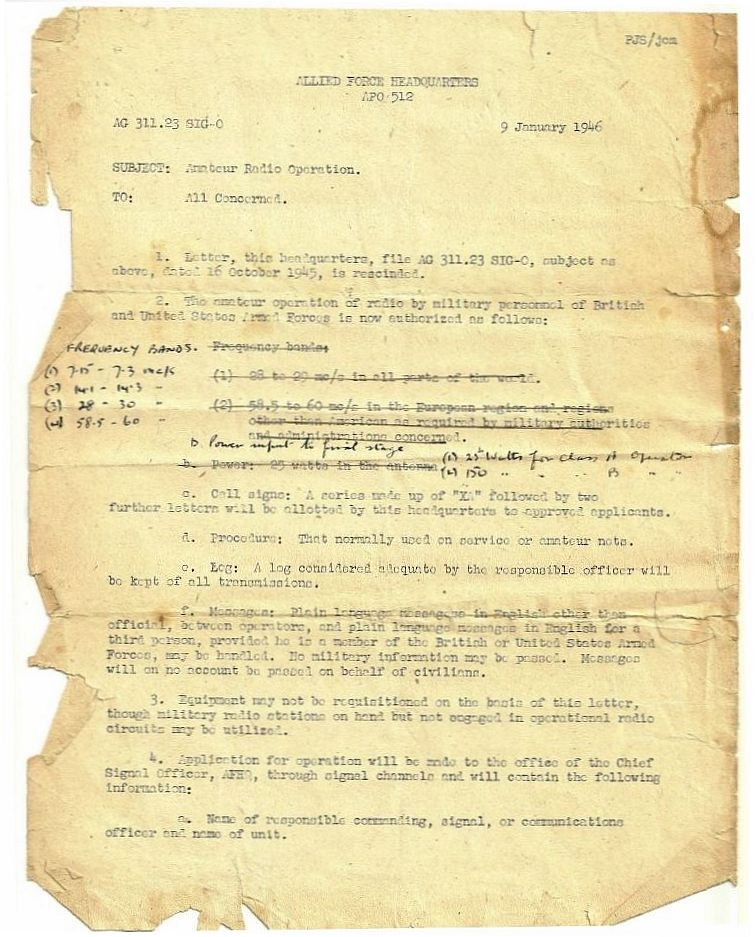 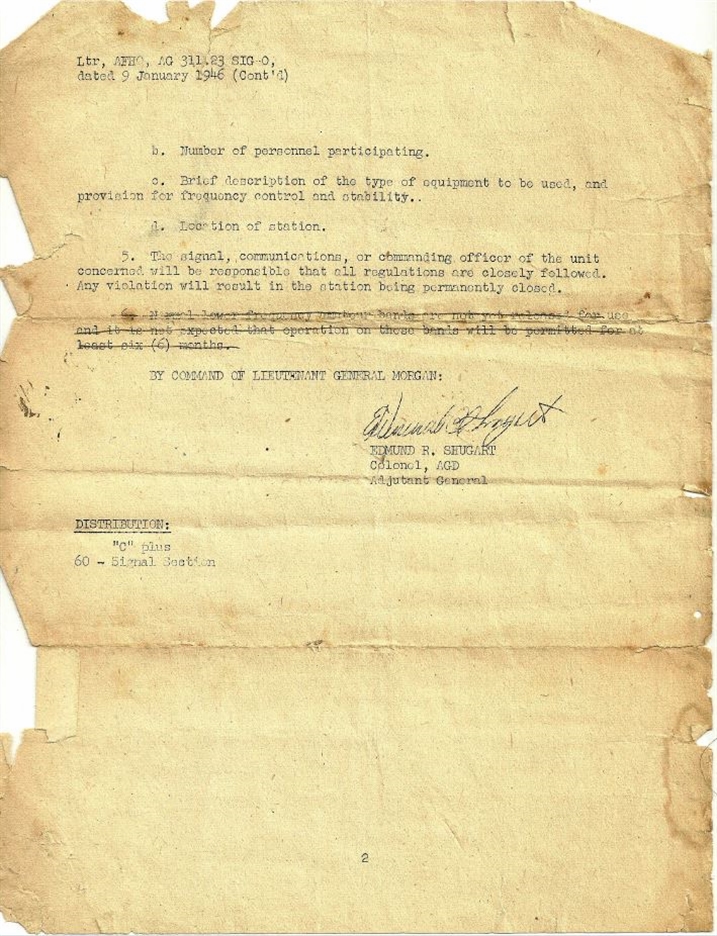