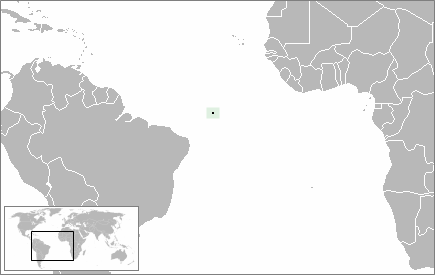 Map of the Saint Peter and Saint Paul Archipelago, by Amotoki at English Wikipedia: 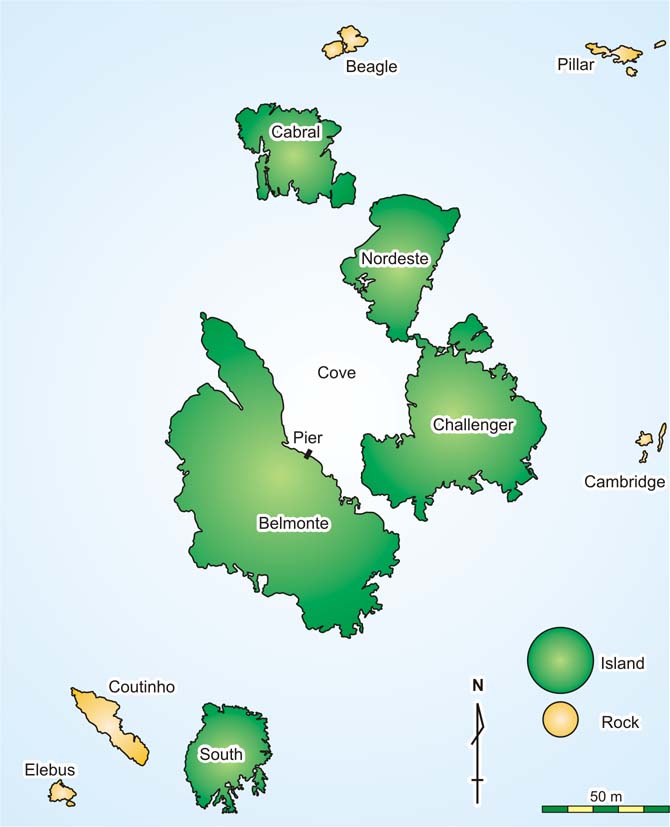 The following announcement was published in the November 1965 issue of QST: 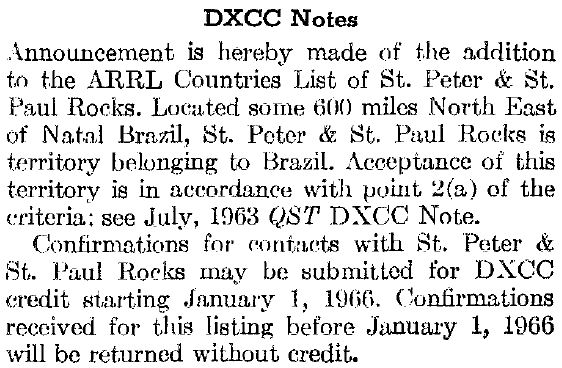 The callsigns below are the only ones that Club Log will map to St. Peter & Paul Rocks. These callsigns have been taken from QSL cards and other sources.

Callsigns that are not listed below, or QSOs outside the exception date range, will be not be mapped to  St. Peter & Paul Rocks, but will be mapped as INVALID.