French IndoChina, aka Indochinese Union,  was formed on 17 October 1887 from Annam, Tonkin, Cochinchina (which together form modern Vietnam) and the Kingdom of Cambodia; Laos was added after the Franco-Siamese War in 1893. The federation lasted until 21 July 1954 (Verbatim from Wikipedia).

"Modern Vietnam was born upon the Proclamation of Independence from France in 1945. Following Vietnamese victory against the French in the First Indochina War, which ended in 1954, the nation was divided into two rival states: communist North and anti-communist South. Conflicts intensified in the Vietnam War, which saw extensive US intervention in support of South Vietnam and ended with North Vietnamese victory in 1975.

After North and South Vietnam were reunified as a communist state under a unitary socialist government in 1976, the country became economically and politically isolated until 1986, when the Communist Party initiated a series of economic and political reforms that facilitated Vietnamese integration into world politics and the global economy."

Viet Nam was added to the DXCC list for QSOs on or after 1955-07-20, providing that Viet Nam was not on the USA (FCC) banned list on the date of the QSO. Here is the ARRL announcement from QST November 1955: 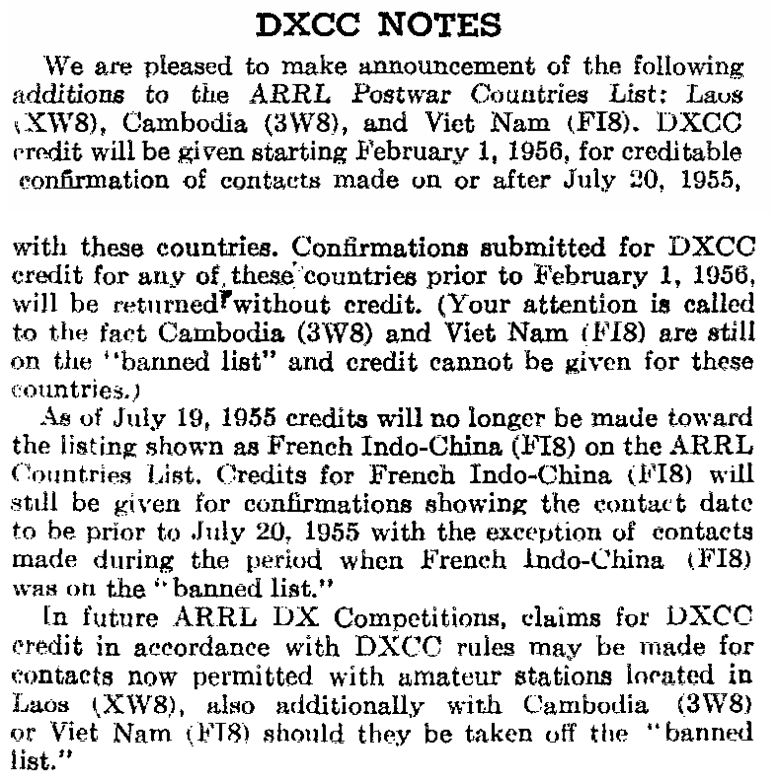 The French IndoChina region was a war-torn, strife-ridden region in which many human-rights violations took place over a period of many years, from 1950 until 1986, when stability returned. Consequenty, an FCC notice of 1950-12-21 banned amateur radio communictions with stations in the region. This, in turn, led to ARRL not accepting QSOs with stations in the region for DXCC.

FCC notice 50-1494 re-confirmed the ban for IndoChina and other sensitive regions. The following is an extract, published in CQ May 1952:

"Indochina a) Vietnam; Amateur radio still forbidden. Any such operations that have been observed are illegal."

An exception was made by FCC for a small number of U.S. operators in Viet Nam, in the 1960s and 1970s. These were accepted for DXCC and are listed below.

This is the period  between the deletion of French IndoChina from the DXCC list and the addition of Viet Nam to the DXCC list. QSOs made with stations in Viet Nam in this period do not count for DXCC.

French authorities in Saigon issued licences to a number of operators in the early/mid 1950s, but these calls did not count for DXCC due to the above mentioned ban. Here is an example of a French-issued licence (tnx F2VX): 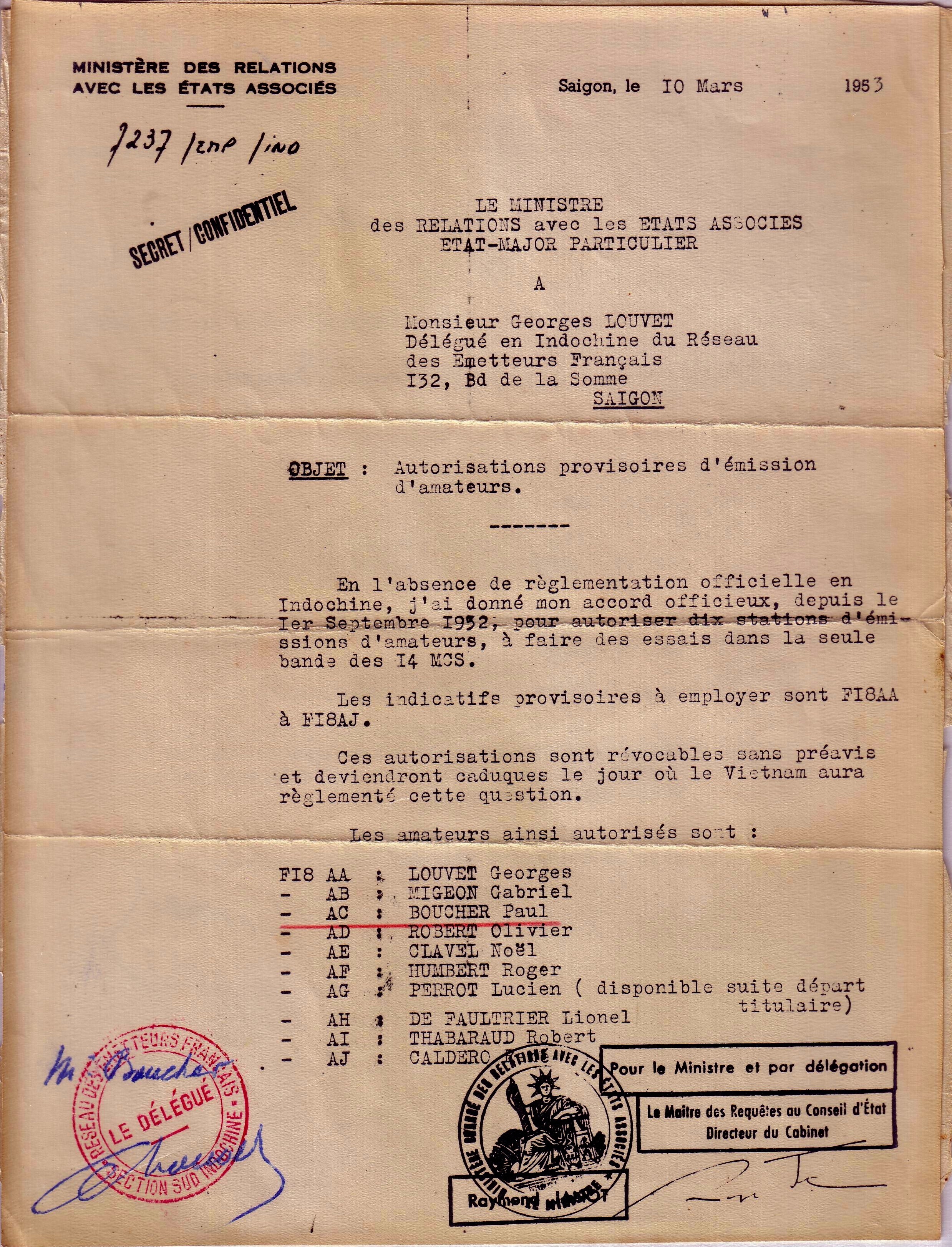 The first use of the 3W and XV prefixes following the lifting of the ban were XV2A starting in November 1989, and 3W8DX/3W8CW starting October 1988.