This article explains the structure of USSR Club Callsigns from 1945 until the break-up of the USSR in the early 1990s.

During the period 1945-1969, non-club USSR callsigns had a two-letter suffix.
However, club stations had a three-letter suffix, the first being 'K'.
Other than the Russian SFSR, there was no system for identifying the oblast from the callsign.
See image #1 below for callsign/oblast mapping for Russian club stations pre-1970.

From January, 1970 until April, 1984, club stations used the prefix UK followed by the usual single-digit area designator, and a three-digit suffix.
See image #2 below for callsign/oblast mapping for USSR club stations in this period.

From May, 1984 the the UK prefix was no longer used for Club Stations.
Club stations in the Russian SFSR initially used the UZ prefix in place of the normal UA prefix, but later club callsigns were issued in the order UZ RZ UW RW UV RV UA RA.
During this period, club stations had normal callsigns, with suffices in the range *WA - *ZZ, where * is the oblast designation.
See image #3 below for callsign/oblast mapping of USSR callsigns post  May 1984.

Starred items have been verified against a call book, circa 1990.
This may not be a complete list. For example, it may not include deleted oblasts. 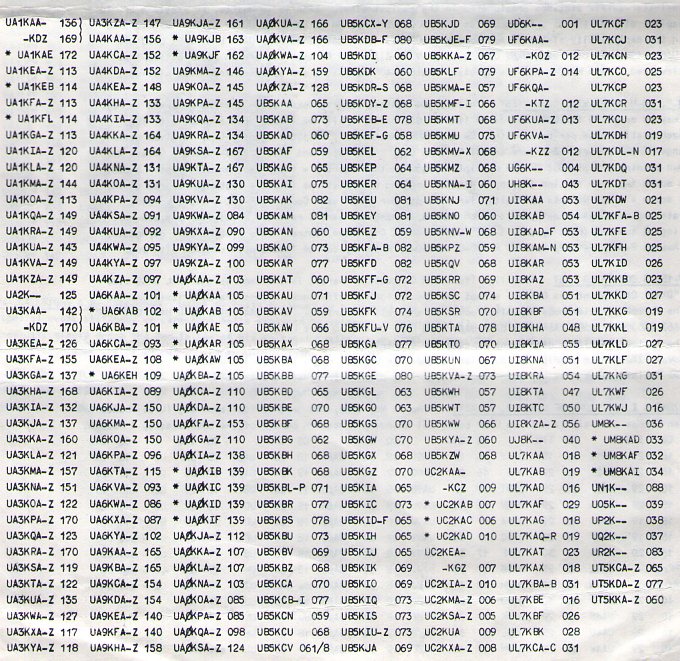 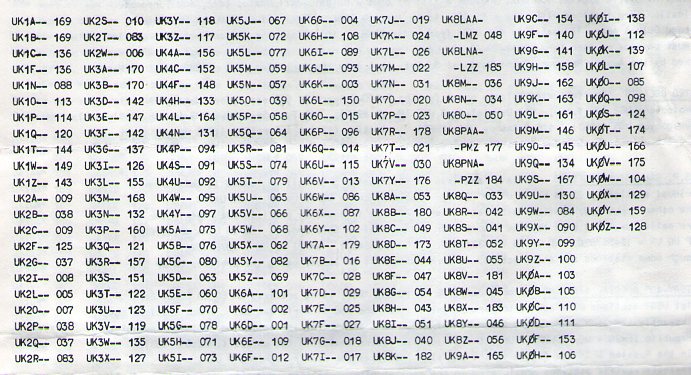 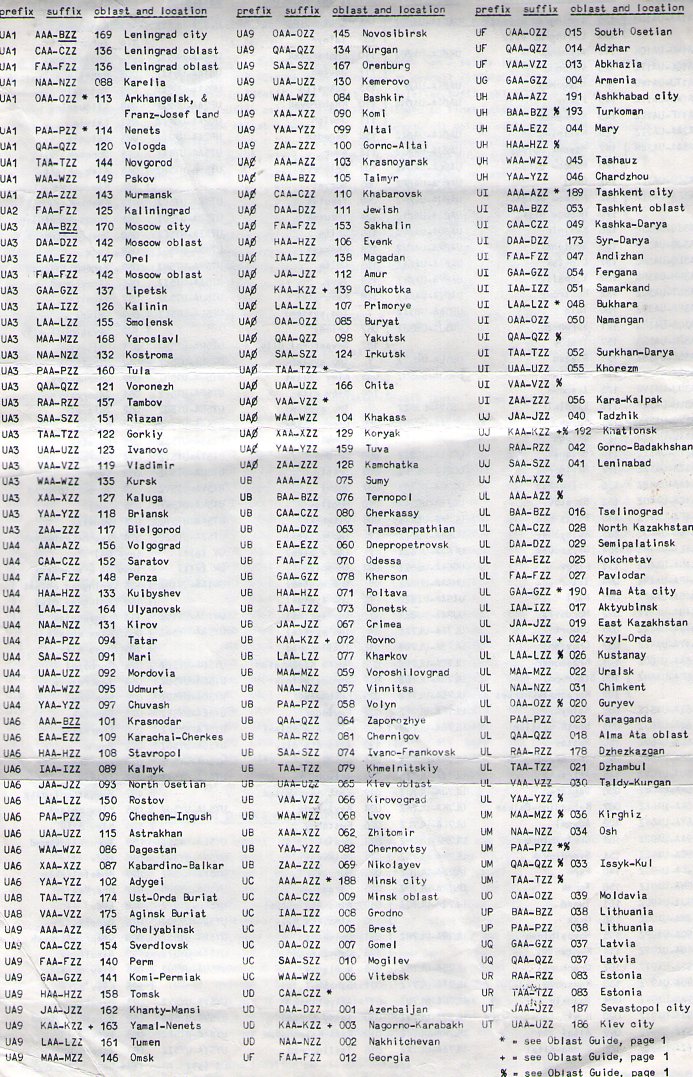 The above is taken from The DXNS U.S.S.R. OBLAST GUIDE, dated circa 1990, published by Geoff Watts, BRS-3129.
The text is my (5B4AHJ's)  interpretation of the text in the above document.
The images are taken directly from the document, with the kind permission of Hedley Watts, G0BBV.